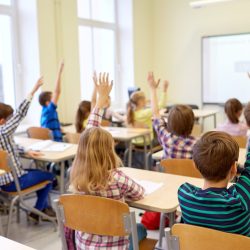 As the number of Pennsylvania students with disabilities rises, a new report says the share of state education funding has declined. Education advocates say state lawmakers can use this year’s budget surplus to support the students.

In 2008, Pennsylvania contributed close to one third of the total cost of special education, but by 2020 that amount dropped to 22%.

And meanwhile, costs have gone up for every school district, according to Sharon Ward – senior policy advisor with the Education Law Center, which published the report.

She said this hurts students in lower-wealth districts most and can lead to them missing out on services such as individualized education programs.

“What we hear from parents is that there are delays in the development of IEPs,” said Ward. “If you can get to kids in the early grades and help them address a lot of their learning needs, it means they’re going to have a more successful student career.”

The report adds that a lack of adequate special-education funding denies students access to individualized support, assistive technology and other interventions.

The report also includes policy recommendations for state lawmakers and education officials, such as adding $200 million in special education funding for the 2022-23 school year.

Ward added they’d like to see the state close the charter-school loophole, where districts must provide charter schools a fixed amount of funding per student regardless of disability.

“We’d like the charter schools to be held to the same cost-based system as district schools,” said Ward. “Frankly, school districts are sending money to charter schools to serve students with disabilities and they’re not, they’re using those dollars for other purposes.”

The Education Law Center, Public Interest Law Center and O’Melveny law firm were recently in the courtroom presenting their case that the way schools are funded in the state violates the education clause and equal-protection provisions of the state Constitution.

It awaits a decision by a Commonwealth Court judge.