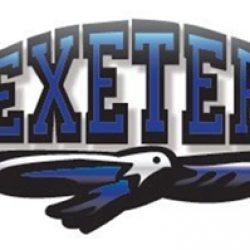 The Exeter Township Board of School Directors approved the 2022-23 fiscal year budget by a 7-2 vote during their monthly voting meeting Tuesday evening at the Exeter Township Administration Building. The $81.8 million budget establishes a millage rate of 34.7098, which is a 1.5% increase in property taxes, or a yearly increase of $55.53 for a home assessed at $108,247. It also includes nearly $1.7 million of tax relief for qualifying property
owners through the Homestead Tax Exemption. Those exempt property owners will have $253.69 of tax relief applied to their bill, or an additional credit of $54.81 as compared to last year.

Exeter Township School District Business Administrator Brian Feick initially proposed a 2.5% increase to the board earlier this spring, but was able to lower the increase by financing three bus purchases, trimming expenses through new operational contracts and by moving a little more than $800,000 of the district’s reserves into the budget–a move he said he wanted to avoid, but felt was necessary given the economic climate. “With inflation at an all-time high, we knew it was important to our community to do everything we could to avoid another big jump in their expenses. I wish it would have been possible to avoid an increase all together, but expenses are up at the district, too.”

Although no single proposed or projected line item is responsible for the increased budget, more than half of the district’s expenses are salaries and benefits for its 600 employees. During the voting meeting, the board approved three renegotiated collective bargaining agreements with teachers, administrators and food service employees, all of which included small increases in salaries to improve employee retention. The contracts also include increased starting salaries for teachers and food service workers to allow the district to become more competitive with the current market.

Barring any unforeseen expenses or surprises in the coming years, Feick said the current budget is aligned with his goal of continuing to reduce reserves spending and eliminating district debt by 2029, which accounts for more than 10% of the budget.

Together, the Exeter Township School District and the Exeter Township Education Association (ETEA) also announced they have agreed to a new four-year teachers’ contract to begin on July 1, 2022 and end on June 30, 2026. The board and teachers’ union met numerous times to work together to raise a first-year teacher’s salary by $1,660 to $50,156, allowing Exeter to be more competitive with Berks County school districts. During the 2021-22 school year, on average, the 17 other Berks County districts offered their first-year teachers a starting salary of $49,722, while Exeter offered $48,496 (Source PSEA). Exeter Township Education Association President Lowell Keebler said that he believes the new contract will helpprovide teacher stability and retention over the next four years. “We value the relationship we have established with the Exeter Township School District Board and community, and we look forward to continuing to provide a high quality educational experience to the students of Exeter Township,” he said.

All teachers will receive a $1,660 yearly salary increase in addition to their annual years of service raise. The district will see an increase in the portion of the budget that is dedicated to teachers’ salaries of 3.5% in the first year, 3.4% in the second year, 3.3% in the third year and 3.1% in the final year of the four-year contract if the current faculty all remained at status quo. Exeter Township Board of School Directors’ President Ann Hearing said, “The board worked diligently on this new contract with taxpayers and teachers in mind and students at the heart of our negotiations. With the current teacher shortage, attracting and retaining high-quality teachers to work in Exeter and educate our students was just as important to us as minimizing the impact that salary increases have on the Exeter taxpayer.”

The current teachers’ contract will expire on June 30, 2022. The new contract was passed by a 8-0 vote with one abstention during Tuesday night’s Board of School Directors’ meeting.

Lastly, during Tuesday’s voting meeting, the Exeter Township Board of School Directors voted unanimously to approve a four-year superintendent’s contract for Dr. Christy Haller. She will receive an annual salary of $167,500 in her first year, which will begin on July 1, 2022.

Haller, who has worked in the district for nearly 15 years, currently serves as the district’s Director of Human Resources. Prior to her role in central administration, she led Owatin Creek Elementary as its principal for a year and Lorane Elementary as its principal for eight years, leading Lorane to a Title I Distinguished Schools Award. She first came to Exeter schools in 2008 as the assistant principal at Reiffton School. Before becoming an administrator in Exeter, Haller served as an elementary and middle school teacher and a reading coach and administrator in the Reading School District for 11 years.

Haller earned her doctorate in Educational Leadership and her Letter of Eligibility from Immaculata University, and her master’s and principal certification from Alvernia University, where she received the Founding Dean’s Award. She completed her undergraduate work in education at Kutztown University. Haller also serves on the board of the Exeter Community Education Foundation and is a former Exeter Community Library Board Trustee.

In addition to working in Exeter Township, Haller has lived in the township for 22 years and has three children: Riley and Jacob, who both recently graduated from Exeter, and Maggie, who will be in second grade at Owatin Creek in the fall. She is married to Dr. Christian Haller, an Exeter graduate and principal at Octorara Intermediate School.

In other administrative moves, the board approved:

Both the budget and the debt report can be found on Exeter’s website at https://exetersd.org/business.

All new contracts will go into effect on July 1, 2022 and will be posted on the district’s website at
https://exetersd.org/hr/collective-bargaining-agreements.