By League of Women Voters of Berks County 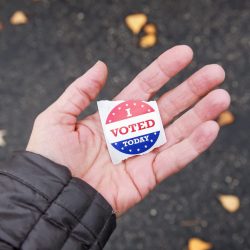 Primary elections are of critical importance, determining the Republican and Democratic Parties’ choices for the November election – the election that determines the make-up of our local, state and federal governments.

Pennsylvania is one of only nine states with fully closed primaries, wherein unaffiliated voters are barred from voting in taxpayer-funded primaries. Opening primaries to independent voters could reset politics to elect candidates who want to move beyond partisan politics to address issues of concern to most voters.

Join the League of Women Voters of Berks County for a special program airing on BCTV and streaming online at www.bctv.org – Tuesday July 12th, 2022 from 8pm-9pm. The speakers for this event include:

David Thornburgh: David is chair of the Ballot PA: Repeal Closed Primaries initiative. Ballot PA is a project of the Committee of Seventy and is a growing coalition of civic, community and business organizations committed to open and free elections in Pennsylvania that lead to responsive and accountable government.  David Thornburgh is a Senior Advisor and was formerly President & CEO of the Committee of Seventy.