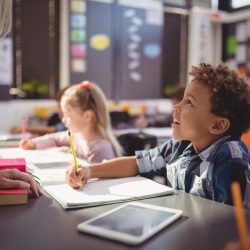 Pennsylvania spends an average of almost $20,000 per student per year on education statewide, but one candidate for governor has said he thinks that’s too much.

In his bid for governor, state Sen. Doug Mastriano, R-Franklin, has said he’d like to reduce public-school funding by $10,000 per child and give the rest to families for their choice of public, private or home schooling.

Askey said the teachers’ union has asked Mastriano for more details about his proposal, but hasn’t yet received a response. Askey noted that the increase in education funding in the past few years has been a bipartisan effort, led by Gov. Tom Wolf after severe budget cuts in previous years.

Askey said he sees the additional funding as an acknowledgement that supporting education is one of the most important functions of state government.

“When you’re funding public schools in Pennsylvania – or in any state at all – what you’re doing is, you’re supporting the next generation,” he said, “and you’re making our state stronger in the future and moving on, so that we can have the workforce, think tanks – we can have good, strong citizens.”

This month, Wolf solidified his legacy with a historic $3.7 billion education budget, which includes a $1.8 billion budget hike for the coming school year.