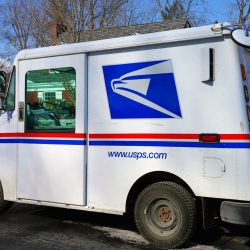 The U.S. Postal Service is buying nearly 85,000 new vehicles and estimates 40% will be electric.

Scott Hochberg, attorney at the Center for Biological Diversity, said the plan is a big step in the right direction, but thinks the percentage of electric vehicles is too low. He argued an entire fleet of electric vehicles would be good for the millions of households receiving mail from the Postal Service every day.

“It would be a win for postal workers themselves, who wouldn’t have to breathe exhaust fumes throughout the day,” Hochberg pointed out. “And of course, it would be good for the Postal Service itself, because over time, electric vehicles are less expensive to maintain. They’re less expensive to fuel. They’re better for the environment, and they’re convenient to charge.”

Hochberg added under the original Postal Service plan, only 10% of the vehicles were going to be electric, but the numbers increased after public pressure, including a lawsuit from 16 states, the District of Columbia, and national environmental groups.

The public will get a chance to chime in soon, as the Postal Service holds a virtual public hearing via Zoom on Aug. 8, at 7 p.m. ET. It is also accepting written comments via email: [email protected] by Aug. 15.

He pointed out mail trucks do a lot of starting and stopping, and spend a lot of time parked, noting electric vehicles are well-equipped to operated under such conditions. He added the initial infrastructure for charging stations will be an additional cost, but the Postal Workers union supports more electric vehicles, to bring down costs for the Postal Service over time.

“After meetings with the EPA, they have committed to going 40% electric,” Stephenson emphasized. “The union is completely behind that. We will do everything we can to help. We believe in global warming, and this will cut emissions in the size fleet we have tremendously.”

The new trucks will be put into use in late 2023. Groups hope the purchase will contribute to the Biden administration’s goal of electrifying the entire government fleet by 2035.