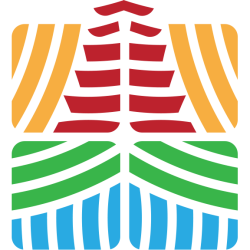 “It was a tough time but it was necessary. If it had not happened I would not have realized. . .” These words are a thread guiding the life perspective of Jose Tineo.

Arriving in Reading shortly before his 12th birthday, Jose’s English language skills were minimal. Although he had some English language lessons in the Dominican Republic, Jose quickly realized learning the language was more than knowing a few words and phrases. The tough time came when his ESL peers – some whose English skills were inferior to his – mocked him with jeers of laughter if he misused or mispronounced a word. Jose took the pain of being laughed at as a cue: “OK, I’m not saying this right. I would just use that as a correction, and little by little, I learned.” By the time he reached 9th grade, Jose tested out of ESL.

The oldest of three children, with their mother still in DR, Jose was the primary guardian for his siblings while his father worked 12+ hour days. After his mother joined the family in Reading, also working long hours, Jose was free to fully embrace all that the Reading School District offered. “I am a strong believer in raising a kid takes a village. . . not to say that my parents have not been there for me.” Jose continues, “The Reading School District has played a key role in my development, not just as an academic but as a human being. I had a lot of influence – my teachers, the principal, coaches, even janitors. I’m very appreciative.”

To honor his parents’ sacrifices, and the people of the RSD, Jose worked 12+ hour school days at RHS, taking full advantage of the opportunities that could set him on a life changing career path. “We don’t have those opportunities where I’m from that we have here, in Reading.” His college plan was in place, his sights were set on law school, and then. . . one month before his graduation Jose’s grandmother passed away in DR.

“It was a tough time, but if it had not happened I would not have realized. . .” Before his grandma died, Jose made her a promise that he was going to be successful in whatever his calling was in life. During his freshman year Jose realized that storytelling – not lawyering – was his true calling. His grandma, and the stories she shared from her own childhood in the countryside of DR, gave him a love for storytelling that helped shape his life perspective.

As his sophomore year unfolded into the pandemic, and then. . . days became weeks upon weeks of isolation, Jose dedicated himself to writing and changed his major to communication. He continues to use “tough times” as cues to new realizations. “Down the line, the way I want to define my success is how much of an influence I have had on the kids of this city. . . I want to give back as much as I can and one of my biggest dreams is putting a school of the arts here for the kids.”

About our logo: designed by José Joel Delgado-Rivera, Public Relations and Marketing Consultant, the rationale behind the logo is a mix of threads forming the Pagoda, the Sun, the Trees, and the Schuylkill River.

This project is funded by a FARO grant provided by a partnership between the Wyomissing Foundation and Barrio Alegría. Produced in conjunction with BCTV.