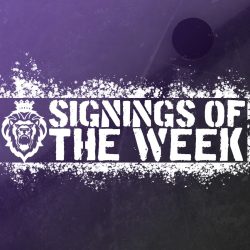 The Reading Royals, ECHL affiliate of the Philadelphia Flyers and Lehigh Valley Phantoms, announced one signing this past week to the team for the 2022-23 season.

Adrien Beraldo was the lone player signed to next season’s roster this week which was officially announced on Thursday, September 15. 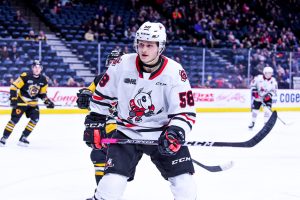 “After acquiring Adrien’s playing rights earlier this off season, we’re excited to announce we’ve signed him to a contract with the Royals for the 2022-23 season,” said Coach Henry. “(Adrien) is a very hard working, dedicated, and competitive person. We are looking forward to having Adrien on our team.”

The 6’0″ defenseman is entering his second professional season. In his professional debut with the Heartlanders on October 22, 2021, Beraldo earned an assist for his first professional point in Iowa’s win over the Kanasa City Mavericks, 7-4. In his rookie season, Beraldo was called up to the AHL and skated in six games for the Iowa Wild.

Prior to his professional career, Beraldo played four seasons in the Ontario Hockey League(OHL). He was selected 88th overall in the 2016 OHL Priority Selection Draft by the Peterborough Petes. After a season and a half with Peterborough, Beraldo was acquired by the Kingston Frontenacs where he concluded the 2018-19 OHL season. Beraldo led defensemen on the team in goals(8) and totaled 13 points in 32 games. In the 2019-20 season, he was acquired by the Niagara Ice Dogs where he finished out his OHL career with 47 points (16 G, 31 A) across 164 games.

The following is a list of players that have agreed to terms with the Royals for the 2022-23 season: