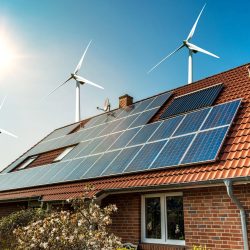 Renewable energy has the possibility to boost the economy and benefit workers and the environment in the Keystone State. That was the message at the Global Clean Energy Action Forum that just wrapped up in Pittsburgh.

Clean energy will be essential to improving air quality and health, reducing the state’s carbon footprint and fighting climate change, according to the Pennsylvania Department of Environmental Protection.

“We know that there are already jobs to be had, and jobs that have been created in truly clean energy production,” said Strassburger, “whether it’s wind power, solar power, geothermal, hydroelectric – and even increasing the energy efficiency of vehicles and of buildings, and retrofitting homes and buildings.”

Meanwhile, House Bill 1161 made it through the Pennsylvania House in June and was just heard last week by a Senate Committee.

If it passes, the ‘PA Local Solar’ program would give electric customers the chance to get their power from solar sources instead of a mix of energy types.

More than half of Pennsylvania households are heated with gas, and the state is the third-largest coal producer in the nation.

The Inflation Reduction Act includes a historic investment of $370 billion to fight climate change over the next decade. Strassburger said that can’t help but change the economic landscape for Pennsylvania, to implement renewable energy and improve energy efficiency.

She added that there’s a lot of discussion about hydrogen production, and in particular, blue hydrogen, which requires carbon capture and storage to be viable and climate neutral.

The 2021 infrastructure bill also includes $8 billion to create Regional Clean Hydrogen Hubs around the country. Some business groups are hoping to win a bid to build one of those hubs in Pennsylvania.