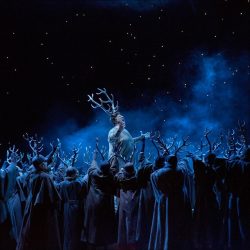 Fox Theatres announces the return of the Met Opera’s award-winning Live in HD series to Fox Berkshire in Wyomissing. Featuring opera’s celebrated stars as well as rising new artists, the new season features incomparable performances, including classic and new productions. All events are on Saturday afternoons, broadcast live from the stage of the Metropolitan Opera in New York, with a pre-recorded encore on Wednesday evenings.

“The Metropolitan Opera is the best in the world, and we are thrilled to show their work live from New York City, recorded for cinema. Our patrons have the best seat in the house,” said Don Fox, President of Fox Theatres.

For more information on the following shows and to purchase tickets, visit www.foxshowtimes.com/events: