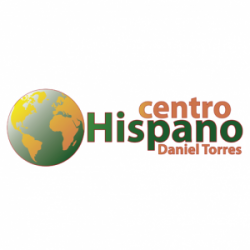 Centro Hispano Board member Johanny Cepeda-Freytiz and Michael Toledo, President & CEO of the Centro Hispano, have been recognized on the 2022 POWER 100 Who’s Who in Latino Pennsylvania list.

According to the press release, the list honors diverse individuals making valuable contributions to the Commonwealth of Pennsylvania. POWER 100 Who’s Who in Latino Pennsylvania are among the state’s most accomplished men and women in virtually every industry and profession.

Cepeda-Freytiz, who currently serves as Reading City Council President has been serving on City Council for the past 3 years and is currently running to represent the 129th District in the Pennsylvania State House.  As a successful business owner of the popular Mi Casa Su Casa Restaurant in Reading she also gives back serving on volunteer boards like the Centro Hispano where she has served for the last 3 years.  “I am humbled and honored to have been recognized by the PA Latino Convention”, said Cepeda-Freytiz, “giving back through service to our community is a labor of love.”

Toledo has been President & CEO of the Centro Hispano for the last 12 years, leading the organization turnaround.  Under his leadership, the Centro Hispano has enhanced their social service safety net services that serve over 1,800 community members daily.  The Centro Hispano has embarked on its move to its new headquarters located at the Boscov Plaza at 25 North 2nd street and the Gateway Building located at 201 Penn Street that will allow them to meet the increased demands and support needed in the community.  “This recognition is truly the result of the dedicated staff, volunteers, and Board of Directors we have at the Centro Hispano”, stated Toledo, “To all the awardees from Berks County we thank you for your commitment and service to our community.”

The 2022 POWER 100 Who’s Who in Latino Pennsylvania were honored during a live televised ceremony from the historic Miller Symphony Hall in Allentown on Friday, September 30th.