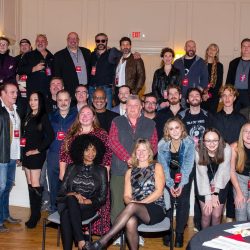 The 2022 ReadingFilmFEST was held October 27-30. The festival includes films from independent filmmakers from around the world, including student films, shorts, documentaries, and feature films. The festival is juried by a panel of local film enthusiasts, with winners chosen by film professionals in each genre. Each film is viewed by at least 3 jurors, ensuring a fair process and high-quality selections.

ReadingFilmFEST 2022 Film Awards have been announced!

Documentary – THE SHOW MUST GO ON by Cody Myers

​NOT FOR NOTHING by Tim Dowlin and Frank Tartaglia

​CRUTCH by Sachi Cunningham and Vayabobo

​NOT FOR NOTHING – Original Score by M. Teacher

Best “Made in Reading”

THE MICK AND THE TRICK