Voting to Begin for Pennsylvania’s 2023 River of the Year

by Department of Conservation and Natural Resources (DCNR) 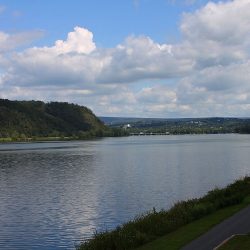 Department of Conservation and Natural Resources (DCNR) Secretary Cindy Adams Dunn Wednesday announced that the public is invited to again vote online for the 2023 Pennsylvania River of the Year, choosing from among four waterways nominated throughout the state.

“Honoring the River of the Year has become one of my favorite annual traditions and I am hopeful that we receive a record number of votes for the 2023 competition,” Dunn said. “Pennsylvania has thousands of miles of beautiful waterways, which provide wonderful recreational opportunities, support our local economies, and help connect the public to the history and culture of communities across the commonwealth. Thank you to the organizations that nominated the 2023 finalists and to those who support our waterways.”

In cooperation with DCNR, selection of public voting choices is overseen by the Pennsylvania Organization for Watersheds and Rivers (POWR). Dunn noted that the online public selection process continues to be increasingly popular as it enters its thirteenth year.

The public can vote for a favorite state waterway beginning Wednesday, November 30, 2022, through 5:00 PM Friday, January 14, 2023. The POWR website enables voting and offers details on nominated waterways and the River of the Year program. Voting is managed through Woobox, an online contest application restricting voting to one email address.

POWR, an affiliate of the Pennsylvania Environmental Council, administers the River of the Year program with funding from DCNR. Presented annually since 1983, last year’s 2022 River of the Year designation was awarded to French Creek.

After a waterway is chosen for the annual honor, local groups implement a year-round slate of activities and events to celebrate the river, including a paddling trip, or sojourn. The organization nominating the winning river will receive a $10,000 leadership grant from DCNR to help fund River of the Year activities.

POWR and DCNR also work with local organizations to create a free, commemorative poster celebrating the River of the Year.

The River of the Year sojourn is among many paddling trips supported each year by DCNR and POWR. An independent program, the Pennsylvania Sojourn Program, is a unique series of a dozen such trips on the state’s rivers. The water-based journeys for canoeists, kayakers and others raise awareness of the environmental, recreational, tourism and heritage values of rivers. Visit POWR’s website more information about the sojourns.