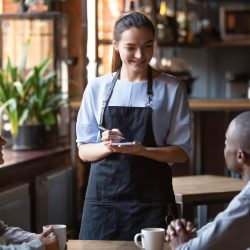 Low-wage workers in Pennsylvania are missing out on the pay hikes in 23 other states that took effect this month, when those states raised their minimum wage.

Almost 8.5 million people are getting higher wages, according to the Economic Policy Institute. The Keystone State is surrounded by others with higher minimum pay.

But state Sen. Art Haywood – D-Philadelphia – said the General Assembly, particularly the House, has refused to budge above the current federal minimum wage of $7.25 per hour.

Haywood said he thinks that might change, however, since newly elected Gov. Josh Shapiro supports raising the minimum wage.

“I’m very optimistic because now, the House has new members,” said Haywood. “And those new members, I believe, most of them are committed to raising the minimum wage. So, this last election really may give Pennsylvania the opportunity to catch up with the rest of the states in this region.”

Haywood said he feels legislation is also needed to increase the minimum wage for tipped workers, which is now just $2.83 an hour.

An analysis in 2021 found almost 64,000 workers in Pennsylvania earn the minimum wage or less.

An executive budget report by the former governor proposed increasing the minimum wage to $15 an hour by July 1, 2028.

Haywood said he believes it’ll take a lot of advocacy from voters pressuring politicians to approve an increase – but he said doing so would lift many Pennsylvanians out of poverty.

Haywood added that he hasn’t seen evidence that a higher minimum wage would force businesses to lay off workers or raise unemployment. He also added that studies show the more money people have, the more they’ll spend, which benefits the economy.