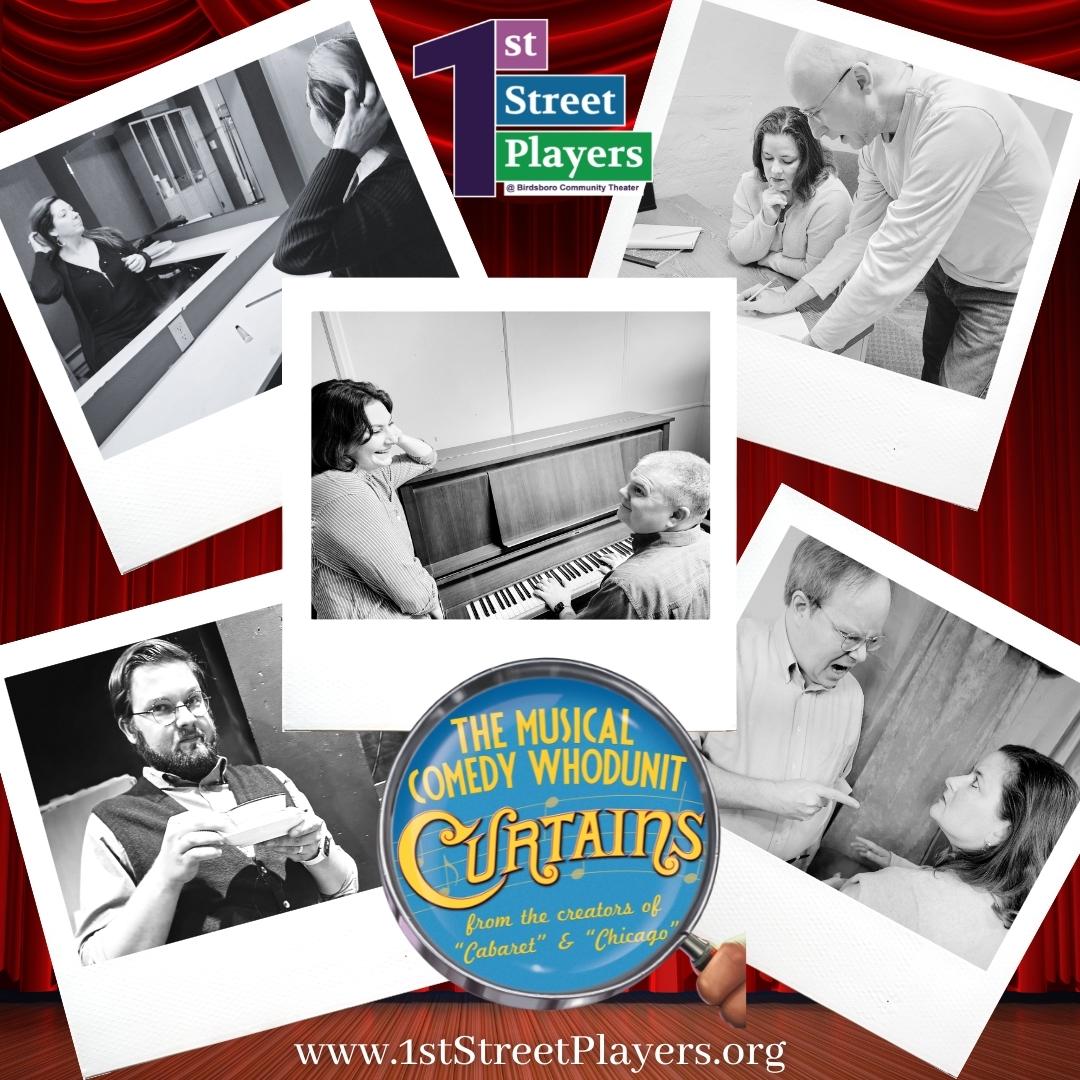 Tickets are now on sale for our first main season musical, “Curtains”!

It’s the brassy, bright, and promising year of 1959. Boston’s Colonial Theatre is host to the opening night performance of a new musical. When the leading lady mysteriously dies on stage the entire cast & crew are suspects. Enter a local detective, who just happens to be a musical theatre fan! Packed with glorious tunes and a witty, charming script filled with delightful characters, CURTAINS is a hilarious journey for both performers and the audience. The Broadway production garnered 8 nominations at the 2007 Tony Awards® including Best Musical.

Don’t “miss the music”…come join the “show people” for this hilarious musical comedy!