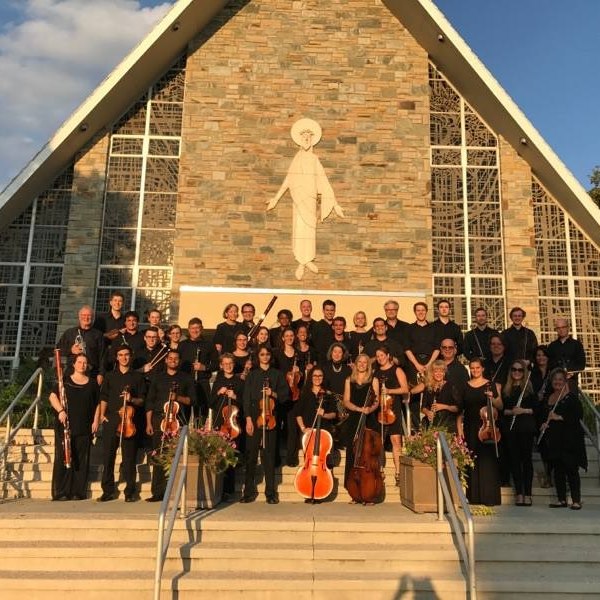 Sinfonietta’s last concert of the 2021-2022 season celebrates the talents of our players, with two works for soloists and orchestra. The concert is Saturday, June 25, 7:30 pm at Sacred Heart Catholic Church, 740 Cherry Street in West Reading. Tickets are $15/Adult & $5/Students and can also be live-streamed for the cost of an at-will donation. Anyone can join by visiting www.berkssinfonietta.org.

The opening of CPE Bach’s wonderful Cello Concerto in B-flat is most genial, though it quickly turns to developing and elaborating fragments of the opening’s ritornello themes. The second movement Adagio offers abrupt contrasts of texture and dynamics and halting, sighing phrases in rhapsodic meditation, followed by a fizzing, almost manic energy, founded on volleys of repeated notes, sudden hiatuses, and surprising harmonic shifts in the final movement. Cellist Carlos Martinez is a recent earned his Master’s degree from West Chester University,

Born in Puerto Rico, Roberto Sierra is one of our most important living composers. His Poema y Danza was written in 2017 for two solo oboes and strings. The piece is divided into two main sections, linked by an elaborate cadenza played by soloists, Camilla Yoder and Kirstin Myers. Sierra combines a tonal harmonic language with distinct Latin-American rhythms. Commissioned by Frances Colón, Principal Oboist of the Puerto Rico Symphony Orchestra, it was premiered on January 12th, 2008 in the inaugural concert of the Puerto Rico Symphony Orchestra’s 50th anniversary season.

The popularity of Haydn’s six Paris Symphonies (Nos. 82-87) led the original commission organization, the Concert de la Loge Olympique, to request three additional works (Nos.90-92) in 1788. They were most likely premiered the following year a few months before the beginning of the French Revolution, which changed the political, social, and cultural landscape of the city forever. Symphony No. 90 begins rather gently, but quickly moves into a more extroverted, jovial mood, propelled by vivacious scalic figures. The dignified Andante is variations on a theme, one of Haydn’s most favored forms, followed by a good-humored Minuet. The finale is a joyful celebration, with an incessant drive and surprising humor that could only be Haydn.

Live concert tickets ($15/Adult & $5/Child) are available at the door and online at https://berkssinfonietta.ticketspice.com/june-2022-poema-y-danza. Join us on Saturday, June 25 at 7:30 pm at Sacred Heart Catholic Church in West Reading for an evening of enthralling music, in-person or via livestream. To learn more, please visit www.voxphilia.org or www.berkssinfonietta.org.