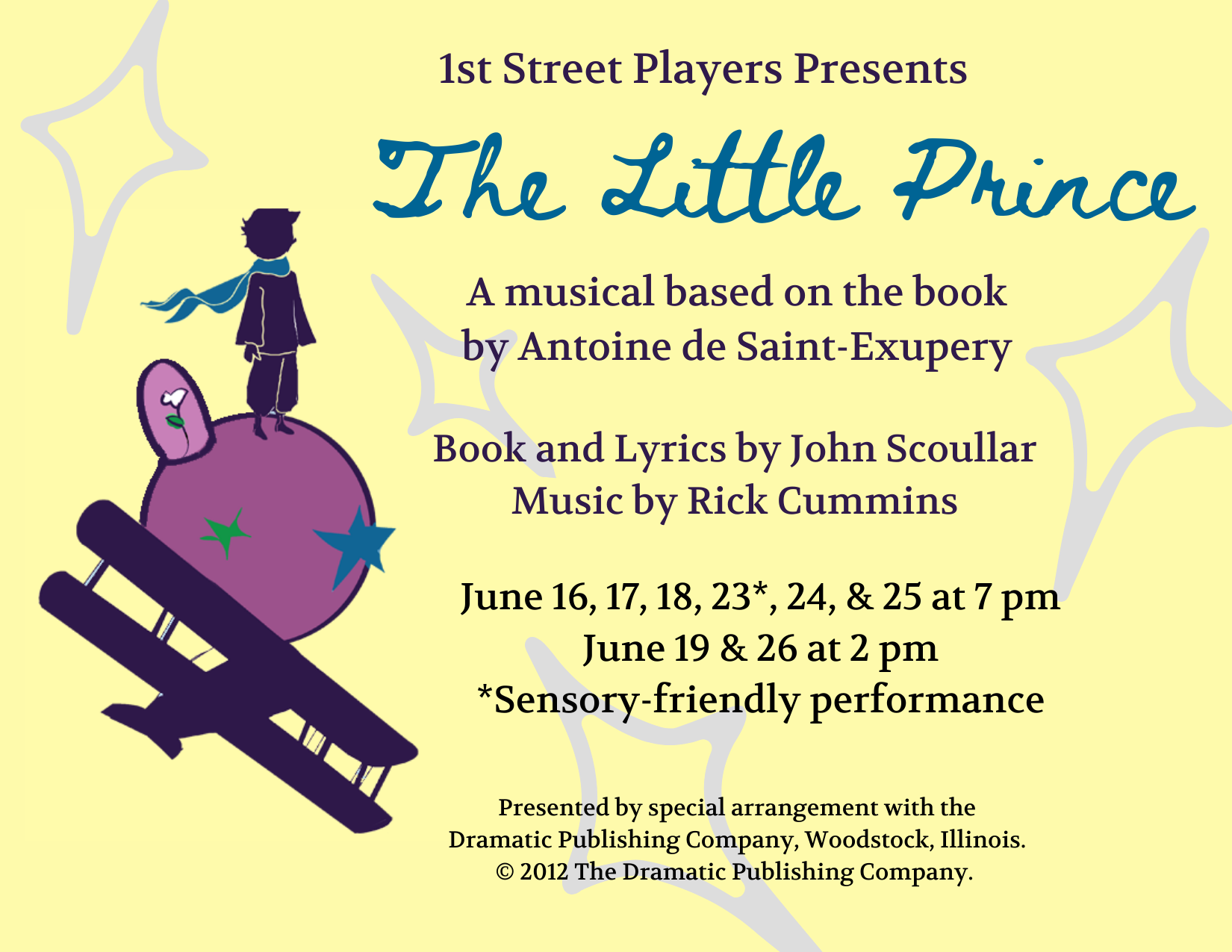 When a lonely aviator crashes his plane into the middle of the Sahara Desert, he befriends a little prince from a faraway planet. While the Aviator works on his plane, the Little Prince tells him about his adventures around the galaxy and encourages his friend to reconnect with his inner child. Based on the beloved French novella by Antoine de-Saint Exupéry, The Little Prince is a magical and lyrical musical about friendship, innocence, and the impulse to create.

Appropriate for audiences of all ages. Strobe lights and haze will be used during this production.