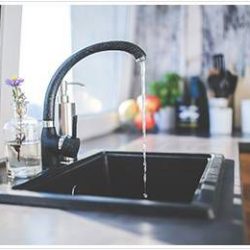 Following a meeting last week of the Commonwealth Drought Task Force, the Department of Environmental Protection (DEP) made no changes in county drought declarations: 8 counties remain in drought warning status and 26 remain on drought watch.

“Recent precipitation has improved a number of indicators, but it hasn’t brought these counties to normal status,” said DEP Acting Secretary Patrick McDonnell.

Conditions in western Pennsylvania and along the northern tier generally have remained at normal or above normal levels.

Run water only when necessary. Don’t let the faucet run while brushing your teeth or shaving. Shorten the amount of time you let the water run to warm up before you shower. Use a bucket to catch the water and then reuse it to water your plants.Run the dishwasher and washing machine only with full loads.Check for household leaks. A leaking toilet can waste up to 200 gallons of water each day.Replace older appliances with high-efficiency, front-loading models that use about 30 percent less water and 40 to 50 percent less energy.Install low-flow plumbing fixtures and aerators on faucets.

DEP also offers other water conservation recommendations and water audit procedures for commercial and industrial users, such as food processors, hotels and educational institutions. These recommendations and additional drought monitoring information are available on the DEP Drought Information website.

The Drought Task Force will meet next in early February.