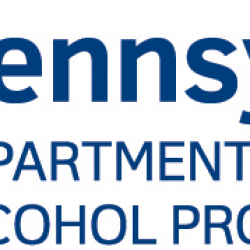 Harrisburg, PA – Secretary of Health Dr. Karen Murphy and Acting Secretary of Drug and Alcohol Programs Jennifer Smith are warning Pennsylvanians of the potentially lethal risks associated with fentanyl after a report by the Philadelphia Department of Public Health (PDPH) concluded that 26 of 35 fatal overdoses in early December were related to the synthetic opioid.

“Here in Pennsylvania, we are seeing an increase in overdoses associated with powerful synthetic opioids that are many times more lethal than heroin,” said Secretary Murphy. “These extremely dangerous opioids, like fentanyl and carfentanil, are often added to heroin without the knowledge of the user. It’s more important than ever to ensure that first responders have access to the life-saving drug naloxone.”

Governor Tom Wolf’s proposed 2017-2018 budget will include $10 million to provide live-saving Naloxone to first responders and law enforcement across the state to help save lives and get people into treatment.

The following signs and symptoms of a fentanyl overdose can occur within seconds to minutes of exposure, and include:

“Pennsylvanians are not immune to the deadly effects of fentanyl,” said Jennifer Smith, acting secretary of the Department of Drug and Alcohol Programs. “Whether ingested or absorbed through the skin, this drug is up to 50 times more potent than heroin being sold on the street. We must equip ourselves to address this ever-changing epidemic. I encourage all our first responders and our communities at large to be prepared with naloxone and know how to administer it. You will never regret saving a life.”

In 2015, more than 3,500 Pennsylvanians died from a drug overdose, and the 2016 count will likely be much higher. Heroin and opioid overdose are the leading cause of accidental death in Pennsylvania.

Some of the Wolf Administration’s initiatives to fight the opioid epidemic include:

Strengthening the Prescription Drug Monitoring Program (PDMP) so that doctors are required and able to check the system each time they prescribe opioids;Forming new prescribing guidelines to help doctors who provide opioid prescriptions to their patients;Creating the warm handoff guideline to facilitate referrals from the emergency department to substance abuse treatment;Establishing a new law limiting the amount of opioids that can be prescribed to a minor to seven days; andDesignating 45 Centers of Excellence, central hubs that provide navigators to assist those with opioid use disorders with behavioral and physical health care, along with medication-assisted treatment, as needed.

If you or someone you know is suffering from the disease of addiction, call 1-800-662-HELP or visit www.pa.gov/opioids for treatment options. For more information on the fight against opioid abuse in Pennsylvania, visit the Department of Health website at www.health.pa.gov or follow us on Facebook and Twitter.