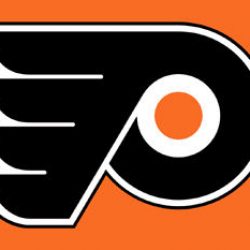 The Philadelphia Flyers alumni association have announced that Eric Lindros will join the team for the Flyers – Penguins Alumni Game set for Saturday, March 18 at 3 p.m. at Santander Arena.

Lindros, who recently played in the Flyers vs. Penguins Alumni Game at the Wells Fargo Center this January, is a 2016 Hockey Hall of Fame Inductee and was recently named to the NHL’s prestigious list of 100 Greatest NHL Players. The former Flyers Captain – who was inducted into the club’s Hall of Fame in 2014 – ranks fifth all-time in both points (659) and assists (369) in franchise history, and is one of only two Flyers to win the Hart Trophy as the NHL’s Most Valuable Player.

The alumni associations for Philadelphia Flyers and Pittsburgh Penguins have released the names of a number of players expected to play in the Flyers – Penguins Alumni Game set for Saturday, March 18 at 3 p.m. at Santander Arena in Reading – home of the Flyers’ ECHL affiliate, the Reading Royals.

Additional updates for the respective rosters of the Flyers and Penguins will be sent out as they become available.

Tickets to the March 18 game are on sale now at Ticketmaster.com or by visiting the VF Outlet Box Office at the Santander Arena in Reading. A VIP ticket package has been added to the day’s events at the Santander Arena. VIP packages include seating in the first six rows and a luncheon including an open bar and appearances from various alumni members. Packages are limited and will be available through Ticketmaster on a first come first served basis only.

Funds raised from the game will jointly benefit Royals Charities and the Flyers Alumni Association. Royals Charities focuses on bringing sports and the game of hockey to underprivileged kids in the Greater Reading area. The Flyers Alumni will use the funds to support the future construction of the Edward M. Snider / Alumni Ice Rink, in honor of the late Flyers founder.