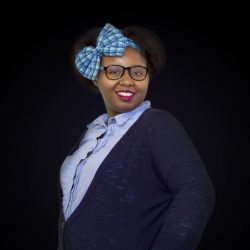 Reading, Pa – For the fourth time in three years, an Albright College student or alumna has received a prestigious Fulbright award.

Senior Brittany Mayne, a digital studio arts major and Asian studies minor from Baltimore, Md., has been awarded a 2017-18 Fulbright U.S. Student Award to Taiwan to pursue a master’s degree in creative industries design at National Cheng Kung University, following her graduation from Albright this month.

While in Taiwan, Mayne will also study the culture and work on expanding her Mandarin Chinese language skills.

Mayne has long had an interest in art and Asian culture. As a child, she was prone to doodling and enjoyed watching Japanese Anime. At Albright, she has had the opportunity to pursue and combine both interests. Mayne has studied the Chinese language and culture, and during her junior year spent a semester studying in Thailand. There, Mayne focused her efforts on learning about Buddhism.

“I’ve always been very adventurous, for as long as I can remember,” she said.

Called creative, persistent and an outside-the-box thinker by her professors, Mayne has been working on creating a graphic novel about the early life of the historical Buddha Siddhartha Gautama. Through the Albright Creative Research Experience (ACRE) program, Mayne has worked one-on-one with associate professor of religious studies Victor Forte, Ph.D., who opened the door to her interest in Buddhism.

“It was a very rewarding experience for both of us,” said Forte, “and personally I came away from that summer [ACRE] feeling quite fortunate that Brittany had decided to enroll in my Buddhism class and took the initiative to invite me to collaborate on a project I would have never considered on my own.”

Mayne says her experience studying overseas pushed her to continue her education. “And I’ve had some amazing professors and faculty that kept encouraging me to push myself and my ambition to heights I never thought I could,” she said.

Ultimately, Mayne hopes to pursue a career in digital arts in the business world, helping companies produce creative materials such as infographics, templates and business plans.

Mayne is one of more than 1,900 U.S. citizens who will conduct research, teach English, and provide expertise abroad for the 2017-18 academic year through the Fulbright U.S. Student Program. Recipients of Fulbright awards are selected on the basis of academic and professional achievement as well as record of service and leadership potential in their respective fields.

Since its inception in 1946, the Fulbright Program has given more than 370,000 students, scholars, teachers, artists and scientists the opportunity to study, teach and conduct research, exchange ideas, and contribute to finding solutions to shared international concerns.