White House order is a threat to the nonprofit sector 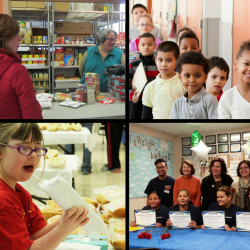 The principle that charities should not dabble in electoral politics and campaigns is a deeply embedded one in our nation. Doing the hard work of educating children, treating the ill, and rebuilding our communities requires us to work with people of all political persuasions. And that’s fine. Hunger is, after all, neither a Democratic nor a Republican problem. And, as best I can tell, there isn’t a “conservative” way to teach children to read any more than there is a “liberal” one.

The prohibition against charities being involved in elections has been enshrined in the tax code since the 1950s in the guise of the Johnson Amendment (named after its sponsor, then-Senator Lyndon B. Johnson).

Last week, President Trump signed an executive order that encourages the Internal Revenue Service not to enforce the Johnson Amendment.

Our nation’s nonprofit sector is the envy of the world. I have visited with people all around the globe seeking to build something like the system of nonprofits that we take for granted.

I cannot think of a more serious threat to the very existence of our nonprofit sector than breaking down the wall that has separated it from electoral politics. Allowing nonprofits to make political contributions or support candidates for elected office will undermine donor confidence and public support that the sector relies on to do its work.

It is important to remember that the Johnson Amendment remains the law. The president’s directive not to enforce it does not repeal the law; only an act of congress can repeal the law.   The penalty for violating the law is the revocation of an organization’s tax status (this is known as “the death penalty” in nonprofit circles). An organization that chooses to violate the Johnson Amendment prohibitions does so at considerable peril, regardless of the president’s order.

Berks County Community Foundation will continue to abide by the law. We will not make contributions to candidates for office, endorse or support candidates, or in any way attempt to affect the outcome of an election in violation of the Internal Revenue Code. We will continue to work with anyone, regardless of their political beliefs, who wants to make Berks County a better place.

Furthermore, as a grant-making organization, we expect every organization we support to abide by all applicable laws and regulations, including the Johnson Amendment.

We will continue to oppose congressional efforts to repeal the amendment. We are grateful to Senator Bob Casey for his vocal support of retaining the Johnson Amendment and we encourage our other legislators to follow suit.

Our nation, Pennsylvania, and Berks County are blessed to have a robust network of charitable organizations working to improve the quality of life for our residents. President Trump’s recent action is a stark reminder of how hard we must work to defend those organizations.