Repeal the Ban on Sunday Hunting 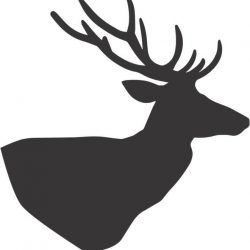 The ban of hunting on Sunday was initiated back in 1998 but was not finalized and put in place until the year 2002. This ban made it illegal hunt on Sundays, but the world has changed enough to get rid of this ban and allow hunting on a few Sundays of the year for hunters to have extra chances of getting an animal. State Representative Frank Farina says it best: “Times have changed, our schedules and our lives have changed. It’s time the outdated laws in Pennsylvania change as well” (Miller, 2015). With the times changing and the seasons acting like other seasons, it is the right choice to give hunters a few extra chances to get out when the weather is just right.

Hunting is a multi-million dollar industry and it would be a shame to lose people’s interest in the sport because they will not budge on Sunday hunting. According to the US Fish and Wildlife Service, “As of 2012, hunters and target shooters have paid more than $7.2 billion in excise taxes through the Federal Aid in Wildlife Restoration Act since its passage in 1937” (USFWS, 2012). The average hunter is spending $2,500 every year on the sport, helping to pay for most fish and wildlife conservations. With an activity growing at such a rapid rate and only getting larger as the years continue, it only makes sense to open seven days of hunting for the many different seasons of hunting.

Hunting is something that can be enjoyable no matter your age or skill level. Whether you are someone who has been hunting for a lifetime or someone who is trying to get into it for the first time, you can experience something new every time you go out. Hunting allows a unique kind of interaction with nature that you can only get by going out and being immersed in it. As John Daigle and Daniel Icekajzen reported, “experiencing solicitude, time to think, relaxing and relieving stress, and getting exercise and staying in shape, were significant outcomes, among other factors, associated with hunting” (Daigle & Icekajzen, 2002). The interaction between human and nature is none other than a great time to get fresh air and become more familiar with nature in its surrounding. Hunting benefits our economy, the way we interact with wildlife, and promotes a healthier lifestyle so why should we not be able to hunt any day of the week?

With the times changing, Sunday is no longer just a day for church and rest. People have to get out and go to work and go get many different activities done on Sunday. Why not let people go out and work for their food on a Sunday too now? With the changing times, weather, and pace of our daily lives it seems like a smarter idea to end the ban of hunting on Sundays and open the day up to new opportunities for people to get their own big prize.