On the Subject of the Death Penalty 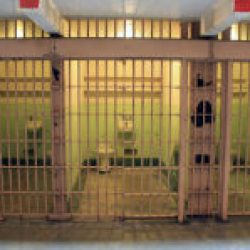 A flaw I see in this method to “deter” criminals is the number of people who have mental illnesses that get put on death row. According to Amnesty International and the National Association on Mental Illness “1 out of every 10 executed is a mentally ill person.”  Someone can plead insanity but once put on death row no longer has that right.

Another issue that comes with having the death penalty legal is the issue of killing innocent people and this issue does not decrease over the years.  From 1973 to 2013 the exoneration number in the United States actually increased by slightly over one person. To change this issue we can wait longer to put people on death row or not put people on death row unless there is hard evidence that they are the one who committed the crime.  It’s unfair to people who may have been framed, or happened to be at the wrong place at the wrong time to suffer for something they did not do when the person is still out there.

In some way of another everyone is biased on their views on this punishment.  If you knew the person who was the victim of the murder of course you are going to think that they desire more punishment for what they did versus someone who never met the victim.  Not only do I believe that whether or not we knew the victim makes us biased but also our stance on this issue makes a difference.

Something that affects our bias and stance is our emotions.  Some people are more emotion than others and that can go both ways.  Their emotions of anger and hurt can control them so much that they believe that the criminal desires to die and as humans we allow the emotions to get the best of us. Then again on the other side we can care so much about others and that they have the right to life and the right to be able to have the time to change that they would never say to put someone to death.

Overall I think the death penalty is a very inhumane way of punishing people and does not set good standards for the children growing up learning “when you commit a big enough crime, you get killed because of it.”  It’s very hypocritical to tell someone not to kill people and then kill them as their punishment.  We are fighting violence with violence and clearly it is not solving anything.  I do not believe that we can kill off enough criminals in the world to make it a better place. An eye for an eye just makes the whole word blind.