Rainbow Theatre to Transport Reading to Neverland with their Production of Peter Pan Jr. 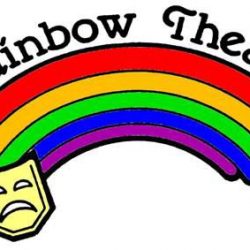 Rainbow Theatre invites Reading to join the cast of Peter Pan JR. on their flight to Neverland.

Based on J.M. Barrie’s enchanting play, Peter Pan, or The Boy Who Wouldn’t Grow Up, Peter Pan JR. is a modern version of the timeless tale about the adventures of a mischievous boy, that encourages each of us to reconnect with the spirit of youth.

In Peter Pan JR. Wendy, Michael and John Darling meet and befriend Peter Pan when the mysterious boy and a fairy named Tinker Bell enter their nursery in search of Peter’s lost shadow. Peter whisks his new friends away to Neverland, an island with “hardly any space between one adventure and the other.” There, Peter introduces the Darling children to his fellow Lost Boys, children who – like Peter – never grow up. The crew launches into a great adventure where they encounter Brave Girls led by Tiger Lily, and Pirates led by the dreaded Captain Hook. Challenges ensue when the Darling children are ensnared in Captain Hook’s sinister plan to seek revenge on Peter.