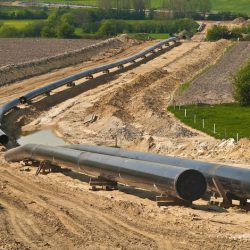 Fossil fuel infrastructure in the U.S. includes about 2.6 million miles of pipelines.

PHILADELPHIA – Environmental groups say an explosion earlier this week at a pump station along the Mariner East 2 gas pipeline highlights regulatory flaws and lack of oversight of the project.

The explosion Monday last week at the Boot Road Pump Station shook homes and rattled windows half a mile away.

Sunoco, owner of the pipeline, said it was a “backfire,” similar to a car backfiring, that there was no release of liquid and no danger to the public.

But Joseph Minot, executive director and chief counsel at the Clean Air Council, calls Mariner East 2 the “poster child” for what’s wrong with the way the Commonwealth deals with pipelines.

Minot points out that the cause and consequences of the explosion are still being investigated. Meanwhile, he contends regulators are telling residents that the gas infrastructure is good for the state, while leaving several important questions unanswered.

Minot adds that pipeline construction has been halted several times by state authorities and drilling has resulted in mud spills and numerous citations for environmental violations.

Less than a week earlier, a gas pipeline explosion in Kentucky killed one person and injured at least five others.

Minot insists state agencies and the fossil fuel industry need to stop telling people that pipelines are a safe way to transport a highly explosive product.

“It’s not true,” he stresses. It “is not safe, and communities need to be told the truth. And we’re finding out just how unsafe these pipelines are.”

The Clean Air Council has called on Gov. Tom Wolf and the Public Utility Commission to shut down the Mariner East pipelines.