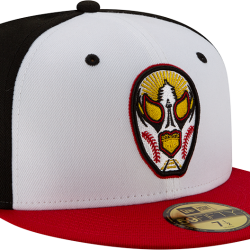 The Reading Fightin Phils unveiled their on-field uniforms on March 12 as the team will play as “Los Luchadores” during seven Friday home games in 2020, as part of Savage 61 Fiesta Fridays at FirstEnergy Stadium. 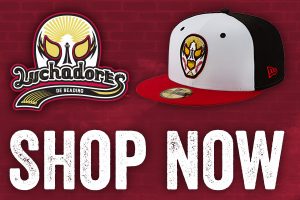 In 2019, 403 Copa-inspired games took place throughout Minor League Baseball. These games on average welcomed 20% more attendees as compared to non-Copa games through September 1, 2019.

“Luchar” means “to fight for,” and “Luchador” translates to “fighter.” The term “Luchador” typically signifies a masked wrestler.

The Reading Fightins Phils, playing as Los Luchadores de Reading, will host seven Savage 61 Fiesta Fridays this season. The dates are as follows:

On April 24th, the first 1,500 adults will receive a Los Luchadores de Reading Game Cap, plus pregame Happy Hour with $1 off beer. The May 8th, June 12th, July 17th, July 31st, and August 7th games will also feature Happy Hour plus fireworks and a post-game concert.

On August 28th, the Los Luchadores de Reading jerseys will be auctioned and raffled, plus fans can enjoy a post-game fireworks show.

The Luchador mask logo pays tribute to some of the most notable elements of the city of Reading. Embodied in the Luchador’s mask is Reading’s Pagoda, surrounded by 23 sun rays representing the Latin American countries and Puerto Rico. Down the bridge of the nose is Reading’s Fire Tower. Home plate serves as the Luchador’s mouth, with FirstEnergy Stadium’s facade creating the upper lip. Below the chin are train tracks, symbolic of the historic Reading Railroad, and along the side are baseball seams, a nod to Baseballtown’s rich history.