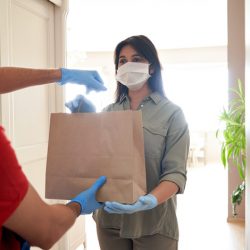 A new report showed raising Pennsylvania’s minimum wage to $15 an hour would give workers an additional $6 billion and help the economy recover from the pandemic.

Gov. Tom Wolf has proposed raising the minimum wage to $12 an hour this year, then an additional 50 cents an hour every year through 2027.

Claire Kovach, senior research analyst at Keystone Research Center and co-author of the report, said data from the Economic Policy Institute showed the increase would put the state on a path to creating a high-wage, high-productivity economy that helps all working Pennsylvanians.

“This proposal, if enacted in Pennsylvania, will lift many low-wage workers out of poverty and off of assistance programs, and even begin to reduce the racial pay disparities,” Kovach contended.

Critics claim many low-wage workers are teenagers working for pocket change, but the report shows more than 80% are older workers, including many essential workers.

Kovach noted the proposal would have the biggest impact on those who have been most affected by the pandemic, including retail, health care and restaurant workers.

“Three industries that have been really, really slammed by COVID-19 as the economic effects rippled through the economy,” Kovach asserted. “These are people who need this boost more than ever.”

While two-thirds of the workers who would get increases are white, 40% of Black and Hispanic workers would get higher wages.

Kovach pointed out the initial increase to $12 an hour in July would raise wages for 1.4 million Pennsylvanians, and up to 1.6 million by 2027 when it reaches $15 an hour.

“These are folks earning up to 115% of the new $15 minimum wage and expect to see their pay increase as pay scales shift,” Kovach explained.

She added the benefits would be accelerated if the Biden administration plan to raise the federal minimum wage to $15 by 2025 gets through Congress.