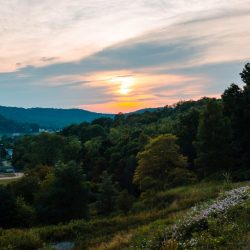 Three dozen Pennsylvania advocacy groups sent a letter last week to the state’s congressional delegation, calling on them to ensure the trillion-dollar infrastructure package includes investments that would benefit the Appalachia region.

The letter calls for expanding and electrifying public transportation, among many other climate-related solutions.

“When we talk about climate change and its impacts on local communities, everything from extreme-heat days to major flooding and landslide events, which are some of the most common things we see in Pennsylvania, plugging orphan wells is one of the best ways to decrease methane emissions,” Lynch asserted.

Pennsylvania has a third of the nation’s abandoned mine acreage. A proposed $4.7 billion in the infrastructure bill would go toward plugging and reclaiming orphan wells. This month, the Senate passed the legislation with large bipartisan support. The House has committed to vote by the end of September.

Bobby Hughes, executive director of the Eastern Pennsylvania Coalition for Abandoned Mine Reclamation, said a big issue among Appalachian communities is water contamination from abandoned mine drainage, which results in trace metals ending up in rivers and streams. The letter calls for funding for remediating abandoned mine lands, which Hughes supports.

“We consider treatment of water a public infrastructure-type project,” Hughes explained. “And more of that needs to be out there for consideration so that companies or even municipalities could kind of get in on trying to create jobs and build the infrastructure that’s needed to treat this water.”