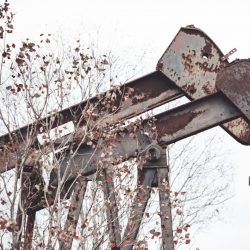 Some environmental groups are formally requesting that Pennsylvania’s Environmental Quality Board raise the bond amounts companies pay to drill oil and gas wells.

The Sierra Club, the Clean Air Council and four other groups have sent two petitions, asking the board to adopt full-cost bonding, both for conventional and unconventional oil and gas wells. Drillers currently pay only a fraction of the bond amount needed to clean up and plug abandoned wells, which leak methane and raise environmental concerns.

Ankit Jain, associate attorney with the Sierra Club’s environmental law program, said this increase is a critical way to hold companies accountable for the impacts they leave on communities nearby.

The groups are asking the board to raise the bond amount to $38,000 per conventional well, and $83,000 per fracked well. Pennsylvania has more than 6,000 so-called “orphan” gas wells, with hundreds of thousands yet to be found, according to the state Department of Environmental Protection.

About 5% to 8% of all methane emissions in Pennsylvania are caused by abandoned oil and gas wells, according to a study by Stanford and Princeton universities.

Alex Bomstein, a senior litigation attorney for the Clean Air Council, said this pollution risk can have major consequences for residents living around well sites.

“So it’s a huge and essentially unquantified problem that we’re all experiencing the consequences of, in terms of the results of exposure to toxins,” he said, “often without people realizing that part of the reason they’re sick is because of the pollution from these abandoned wells.”

The state Department of Environmental Protection is required to respond to the petitions within 30 days about whether they meet the legal requirements for the board to consider them.