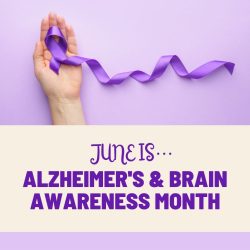 As part of Berks Community Television’s on-going initiative to connect Berks County with valuable health & wellness information, BCTV will be sharing statistics and resources throughout the month of June across multiple platforms for Alzheimer’s & Brain Awareness Month.

Throughout the month, the Alzheimer’s Association encourages people to educate themselves on mild cognitive impairment (MCI) and Alzheimer’s disease, and to support the movement by wearing purple to raise awareness of the disease. 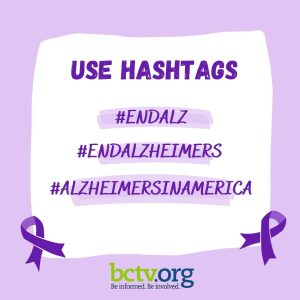 According to the Alzheimer’s Association:

BCTV is launching new campaigns every month in 2022 to connect Berks County with information to promote healthy living. Monthly themes will be announced and promoted with messaging distributed across the media organization’s multiple platforms.