We will maximize impact of BB&T’s corporate citizenship 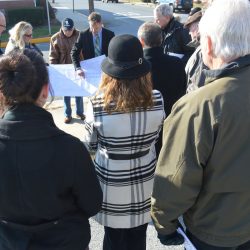 Last year, BB&T Bank established the BB&T Economic Growth Fund at Berks County Community Foundation with a generous gift of $2.5 million. BB&T also set up an advisory committee to help us formulate priorities for distributing the funds. When we announced the gift, we had not yet had an opportunity to work with the advisory committee.

Over the past few months, the committee and the Community Foundation staff have worked together to make sure that the extraordinary opportunity presented by these funds has the biggest possible impact in the community. And we’ve already made a few decisions about the use of the funds.

First, the BB&T Economic Growth Fund will, at least initially, focus on the Boyertown area. Boyertown was the community in Berks County most affected by BB&T’s acquisition of National Penn Bank. The real impact on Boyertown was the consolidation of operations that were spread out across a number of buildings. Since then, some of those buildings have been donated by the bank to the Borough and the Boyertown Community Library.

These developments come at an interesting and important time in Boyertown. There is more civic energy in Boyertown than almost any area of Berks County. With the rapid development of the Colebrookdale Railroad, the reopening of the State Theatre and a lot of activity being coordinated by Building a Better Boyertown, there is a lot going on.

Recently, the BB&T advisory committee and the Community Foundation decided to capitalize on that energy by awarding a $100,000 grant to Colebrookedale Railroad Preservation Trust of Boyertown. The grant will support general operations of the Colebrookedale Railroad, which runs a nine-mile passenger railway line between Boyertown and Pottstown. Nathaniel Guest, executive director of the Colebrookdale Railroad, plans to use the grant to hire more staff to be able to attract more visitors, who will bring more money and jobs to the community.

Encouraged by all of this activity, we’ve also made an initial $120,000 grant out of the BB&T fund to Building a Better Boyertown. They’ll be using that money to create a comprehensive economic development vision and plan for the area. Through the plan, they’ll weave together the existing initiatives and identify gaps as Boyertown seeks to position itself for the next chapter in its growth.

Once that plan is completed (likely in the autumn of 2017), the fund’s advisory committee will review it. The committee will consider how additional investments from the BB&T fund could support and accelerate the economic growth of the Boyertown area. There may be some other grants to benefit the Berks County economy before the plan is finished, and some grants from the fund may be used in places other than Boyertown, but the bulk of the strategy for the fund will be built around the committee’s reaction to the plan being drafted in Boyertown.

BB&T’s commitment to the community was an extraordinary act of corporate citizenship. At Berks County Community Foundation, we’re pleased to work with them to make sure that these funds go as far as they can to strengthen our region’s economy.