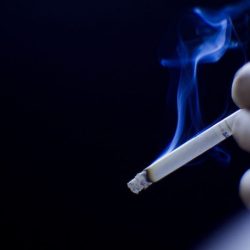 HARRISBURG, Pa. – A bill has been introduced to eliminate exemptions in Pennsylvania’s Clean Indoor Air Law. Tobacco is the leading cause of preventable death nationwide, and every year secondhand smoke kills about 42,000 non-smokers nationally. Pennsylvania spends more than $6.3 billion annually on smoking-related healthcare costs. While the 2008 law created smoke-free environments to protect some workers and others from the dangers of secondhand smoke, according to Brad Cary, the coalition manager for the Breathe Free Pennsylvania Coalition, the law also allowed many exceptions to the indoor smoking ban.”In 2008, I guess you could say, they picked winners and losers in the bill so the remaining exemptions, the big ones, are the remaining bars and restaurants that allow smoking, private clubs and casinos,” he explains. House Bill 1309 would end many of the existing exemptions, extend the law to include e-cigarettes and allow local governments to pass even stronger ordinances.Cary says the existing law essentially creates two classes of hospitality workers, those who are forced to work in smoke-filled environments and those who are not.”Why should others be exposed to that when we could enact a law that would strengthen what we currently have on record and cover everybody – a full, comprehensive law?” he asks.Members of the Breathe Free Pennsylvania Coalition include the American Heart Association, the American Cancer Society’s Cancer Action Network, and the Campaign for Tobacco-Free Kids.