Court Rules a Pencil is Not a Weapon 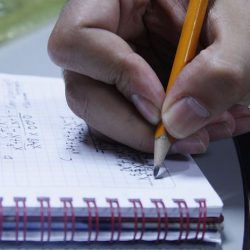 PITTSBURGH – A recent court ruling means schools will have to change a practice that has led to mandatory expulsion of students.The case centered on an incident involving a ten-year-old-girl in a Pittsburgh school who scratched a boy with a pencil after he touched her sexually. The school called the pencil a weapon and – exercising its mandatory policy on weapons in school – expelled the girl for a full year. According to attorney Cheryl Kleiman at the Education Law Center, cases like this happen across the state.”This court’s decision limits the district’s ability to turn ordinary objects into weapons, and instead encourages districts to use alternatives to exclusion,” she says. The school district argued that common objects can be and are sometimes used as weapons, and that expulsion is an appropriate response to preserve safety in schools.But Kleiman notes that zero-tolerance policies have not been applied equally. Data nationally, statewide and in Pittsburgh show expulsions are used disproportionately with students of color and students with disabilities.”This is despite the fact that there is no difference in the rates or types of behavior than the behavior of their white peers,” she explains. She adds that expulsion not only interrupts a child’s education, it empowers other schools to deny admission to anyone expelled for possession of a weapon under the zero-tolerance statute.Kleiman says the ruling requires the Pittsburgh School District and others in the state to revise their Codes of Conduct to bring their policies and practices into line with the ruling.”Policies that we think should be positive, preventative and developmentally appropriate to ensure racial, gender and disability equity,” she adds. The school district has indicated it does not intend to appeal the ruling.