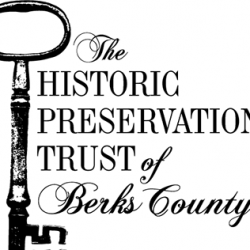 The Historic Preservation Trust of Berks County (HPTBC) was thrilled to announce in January 2017 that the Jacob Keim Homestead was designated a National Historic Landmark (NHL) by the National Park Service. Located in Pike Township, the Keim Homestead is one of three NHLs in Berks County, and 168 in Pennsylvania. NHLs are nationally significant historic places designated by the Secretary of the Interior because they possess exceptional value or quality in illustrating or interpreting the heritage of the United States. Join us as we celebrate and dedicate Berks County’s newest National Historic Landmark! Visitors will have the unique opportunity to take a tour of this architectural gem, as well as enjoy living history demonstrations, guest speakers, and various activities for children.

Throughout the property costumed volunteers will be demonstrating a variety of eighteenth century trades and crafts including textile processing, leatherworking, and gun building. There will also be plenty of activities for children and their families to enjoy such as militia muster, quill pen writing, butter making, and face painting. Wine tastings will also be provided by Ridgewood Winery. Several of the buildings on the property will be open for tours and visitors can explore this historic treasure and learn about its historic and architectural significance. The National Park Service describes the Keim Farmstead as being “an exceptionally intact example of early German American domestic vernacular architecture. Constructed ca. 1753, the main house and the ancillary building (which served in effect as an extension of the main dwelling under a separate roof), together represent methods of construction, elements of architectural decoration, and patterns of dwelling and domestic outbuilding layout and design that were characteristic of the German American tradition of the mid-eighteenth century.” The house has a minimally altered Germanic kuche-stube-kammer floor plan and the ancillary building is a rare surviving example of a stove-room plan laid out for pre-Revolution craft-shop use. Evidence of an early wood turner’s lathe survives. Both of these buildings were structurally and architecturally restored from 2011 to 2014. The property was gifted to the HPTBC by the Richard Boyer family in 1978.

Admission is a $10 per person suggested donation. Trust members and children 12 and under are free. Wine tastings will be limited to visitors 21 and older. Light lunch items and baked goods will be available for purchase. All proceeds benefit the Trust. Please check our website for updates on the event. The Jacob Keim Homestead is located at 101 Boyer Road, Oley, PA 19547.