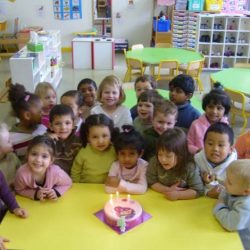 HARRISBURG, Pa. – There’s been improvement in the well-being of the nation’s children, but a new report finds Pennsylvania kids still need some help. The latest KIDS COUNT Data Book, from the Annie E. Casey Foundation, says more children have health insurance and a record 83 percent of students nationally finished high school on time. But, according to Laura Speer, associate director for policy reform at AECF, since the Great Recession, the number of children living in areas of concentrated poverty has increased.”It’s now about 14 percent of all children, which is too many kids and something that we need to pay attention to,” she says. Pennsylvania ranks 20th among the states for the economic well-being of its children, which is higher than surrounding states.Joan Benso, president and CEO of Pennsylvania Partnerships for Children, notes that one area of child well-being that’s shown particular improvement is health. Ninety-six percent of children in the state now have health insurance.”That’s a particularly timely piece of data in light of the consideration our members of Congress are giving to reforming the Affordable Care Act, the Medicaid programs and potentially even the CHIP program,” Benso says. She adds that access to health care is essential to children’s overall development and proposed cuts to health programs threaten to roll back recent gains.Speer emphasizes the importance of holding the line on the progress that has been made.”This is not a time for us to back away from the investments that we’ve made in things like the Children’s Health Insurance Program and the Earned Income Tax Credit,” Speer adds. “We’ve seen progress because of these investments, and we want to keep the progress going.”The 2017 KIDS COUNT Data Book is based on figures available through 2015.