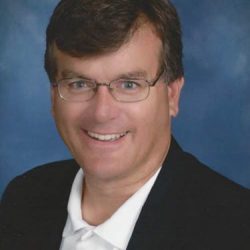 Dr. Michael Fidanza, Professor of Plant and Soil Sciences at Penn State Berks, has been named a Fellow of the American Society of Agronomy (ASA). Up to 0.3 percent of the Society’s active and emeritus members may be elected Fellow. He will be formally recognized at the ASA Awards Ceremony on October 25, 2017, at the Tampa Marriott Waterside Hotel.

His research involves turfgrass ecology, turfgrass integrated pest management with an emphasis on diseases and weeds, plant health and soil ecology, seed germination biology and ecology, evaluation of mushroom compost for agricultural crops and ornamental horticulture, the biology and management of fairy ring in turfgrass ecosystems, and teaching and learning technology.

At Penn State Berks, he has developed and serves as director of a thirty-acre research and education facility, the Center for the Agricultural Sciences and a Sustainable Environment.

ASA Fellow is the highest recognition bestowed by the American Society of Agronomy. Members of the Society nominate worthy colleagues based on their professional achievements and meritorious service.