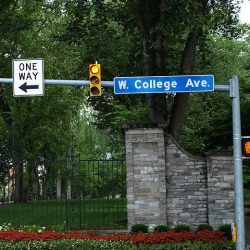 HARRISBURG, Pa. – As college campuses ramp up for the fall semester, students at Pennsylvania’s public universities are among those paying the most for a higher education compared to other states. Total costs for students at the state’s 14 public universities have jumped by almost $10,000 a year since 2000, according economist Stephen Herzenberg, executive director of the Keystone Research Center. And the Pennsylvania State System of Education recently voted to raise tuition 3.5 percent per semester. Herzenberg says these increases are squeezing out working families. “If you go back 15 years, students from families in the bottom 60 percent of the income distribution made up two out of every five students at the state’s public four-year colleges,” he states. “Now they make up only about one out of every three.”Herzenberg points out Pennsylvania under-funds higher education, ranking 47th out of 50 states for funding per capita. According to the College Board, for the 2016-2017 school year, Pennsylvania was the third most expensive state for in-state tuition and expenses at its public four-year universities. Herzenberg maintains greater investment in higher education is crucial to ensuring all families have a shot at economic and life success.”If we continue the current trajectory, where we’re forcing families to bear more and more the cost of higher education, Pennsylvania will continue to lag in terms of education levels and the economies of our rural areas, in particular.”New York recently became the first state to offer free tuition at four-year colleges and a similar plan is proposed in California. Herzenberg says it’s an idea worth considering.”We have to make college affordable or free for at least two years, and we have to connect that education to middle class jobs,” he states. “That’s a recipe for Pennsylvania’s working families to thrive again, and for Pennsylvania’s economy to thrive again.”Critics of the plans argue that free tuition simply shifts costs from students to taxpayers.