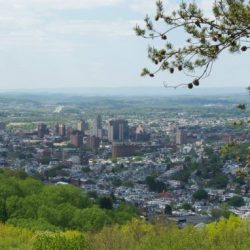 Findings in new study have dire implications for the Commonwealth

HARRISBURG, PA – Fiscal decay has accelerated in all types and sizes of Commonwealth municipalities over the last 24 years, jeopardizing Pennsylvania’s health and economic competitiveness, according to a compelling new Pennsylvania Economy League (PEL) report, “Communities in Crisis: The Truth and Consequences of Municipal Fiscal Distress in Pennsylvania, 1970 – 2014.”

The disturbing drift threatens the ability of many urban, suburban and rural municipalities to provide even basic services that keep the communities where we live, work, shop and go to school safe, well-maintained, and free from crime and blight. It means core municipalities, whose fiscal health has a direct influence on the financial well-being of the surrounding region as centers of commerce, health care, courts, education and more, are increasingly distressed.

“It’s not only cities that are in trouble, but also municipalities of all types across the state and across Berks County,” said Kevin K. Murphy, president of Berks County Community Foundation, one of ten community foundations that funded the study. “The reason these municipalities are in trouble is because of the way our governments are structured and funded. The state must address this problem or our local governments risk collapse.”

PEL used a mathematical formula to determine the available “tax base” per household and “tax burden,” which is the percentage of the tax base taken in the form of taxes to provide local government services. The formula considers a municipality’s market value, tax revenue, aggregated household income, and the number of households. The measurement is for the municipality only and does not consider county, school district or other real estate taxes or fees.

Among the key findings:

Tax Burden: The percentage taken from a municipality’s tax base in the form of taxes to pay for services has grown on average for all types of municipalities since 1990.Tax Base: The size the tax base has fallen on average in cities since 1970.Act 47: Municipalities in the state’s Act 47 distressed municipalities program generally performed worse than average despite state assistance that in some cases has stretched for decades.Police Costs: Communities that pay for their own local police force on average had twice the municipal tax burden and ranked much lower than those that rely solely on default free Pennsylvania State Police coverage.

The study, which was funded by a statewide coalition of ten community foundations, looked at 2,388 of the state’s 2,561 municipalities for which there was consistent data from 1970, 1990 and 2014. Once tax base and tax burden were calculated, municipalities were ranked from 1 to 2,388 and divided into quintiles, with those in the first quintile generally the most healthy and those in the fifth quintile considered the most distressed. Philadelphia and Pittsburgh were excluded due to their size and tax structure so as not to skew the results.

The report includes quintile rankings for all municipalities in the study for 1970, 1990 and 2014 as well as findings for the Commonwealth’s 11 regions and select counties. In addition, the study outlines problems with the local government system that contribute to municipal distress, the situation regarding municipalities in Act 47, and how the findings correlate to local police costs.

The starkest negative trend in Berks was for the City of Reading, where the tax base actually decreased 25 percent from 1990-2014 while the tax burden increased an alarming 95 percent, Miller noted.

While 1970 data is included in the study to trace the impact of the subsequent exodus of population and wealth from urban to suburban and rural areas, the PEL report particularly focuses on the more relevant recent past from 1990 to 2014:

The alarming trend of fiscal distress should come as no surprise. Ten years ago, a PEL analysis warned that a growing number of municipalities were falling into fiscal distress as a consequence of state laws that mandate out-of-date and often expensive rules-of-the-road, fail to offer compelling incentives for municipalities to work together as a way to increase efficiency and save money, and provide local governments with revenue streams that are largely inelastic, capped and out of sync with budget needs.

Little has been done by the state since that call for systemic change. The result is further erosion of certain key measures of fiscal health that signal a community’s ability to pay for critical services like well-maintained streets and police protection at a level that citizens can afford. The situation threatens the economic sustainability and vitality of the Commonwealth as a whole because it has a chilling effect on the ability of the state to present itself as a healthy community that can attract and keep businesses and residents.

Adding to the seriousness and immediacy of the current findings are recent amendments to the state’s Act 47 legislation that include a strict timetable for how long municipalities can remain in the distressed municipality program. The deadline was imposed because many of these communities have lingered in the program for years. Act 47’s provisions have kept these municipalities afloat but not fixed their situation to the point that they have been able to exit the program. The question is what will happen to Act 47 municipalities when they are returned to the local government system that failed them in the first place.

PEL’s report was funded by a statewide coalition of ten community foundations that are concerned about the plight of Act 47 municipalities specifically and of fiscally challenged communities in general as they attempt to navigate the broken local government system. The report is designed to spark conversation on the situation and spur state reform.

For over 80 years, PEL has provided fact-based insight to inform government officials, business leaders and the general community on key public policy issues and serve as a catalyst for change. PEL is a non-profit, non-partisan statewide organization.