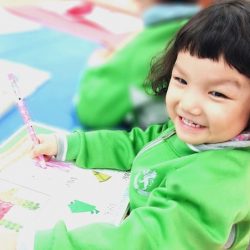 HARRISBURG, Pa. – Pennsylvania school principals agree that enrolling children in quality pre-K programs gives them important tools for learning, according to a new report. The report, from the Pre-K for PA campaign and the Pennsylvania Principals Association, found almost 99 percent of elementary school principals in the state agree that quality pre-K is essential to prepare children for kindergarten, especially lower-income children. But according to Paul Healey, executive director of the Pennsylvania Principals Association, almost two-thirds of eligible preschoolers in the state don’t have access to publicly funded pre-K programs.”We really need to do a better job as a state to advocate for pre-K, early childhood experiences, as well as closing that opportunity gap,” he states.Out of the 27 states and the District of Columbia that offer publicly funded pre-K, the report says Pennsylvania ranks 20th in per-capita investment in high quality pre-K programs.Healey says school principals report being able to tell when a child has had a quality pre-K experience, both academically and through their exposure to classroom settings.”They’ve had opportunities to interact socially with other children of their age and learn appropriate behaviors and social skills by being in group settings,” Healey explains.Studies have shown that pre-K can reduce children having to repeat grades and the need for remediation, as well as improve their performance on standardized tests.Funding for quality pre-K has growing bipartisan support, and the state budget passed earlier this year includes a $30 million increase for Pre-K Counts and Head Start. Healey calls it a step in the right direction.”There has been some increased money over the years, but we need to continue to close that gap for the future,” he stresses.The report says investing an additional $310 million by 2022 would ensure that every at-risk child in Pennsylvania could have access to high-quality pre-K.