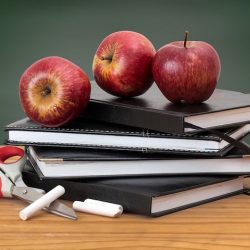 HARRISBURG, Pa. – Public school advocates have won a significant victory in their efforts to reform state spending on public education. In 2015, the Commonwealth Court dismissed a lawsuit filed on behalf of Pennsylvania parents, school districts and statewide organizations. That court relied on previous rulings that said education funding isn’t subject to judicial review. But Deborah Gordon Klehr, executive director of the Education Law Center of Pennsylvania, says late last week, the state Supreme Court reversed that. It ruled that the court has a duty to consider a lawsuit claiming the legislature is violating the education clause and the equal protection provisions of the state constitution. “This is a landmark decision,” she states. “The Supreme Court has ruled that the courts can review both our adequacy and our equity claims in our fair funding suit. We’re going to finally get our day in court.”Gov. Tom Wolf also praised the ruling, saying it opens an opportunity to ensure that students in Pennsylvania have access to a fair education system, regardless of where in the state they live.Pennsylvania has the largest funding gap in the nation between rich and poor school districts. While the state recently adopted a new school funding formula, it doesn’t apply to most state aid to education. Klehr says there’s still a long way to go.”Students have been attending school in underfunded classrooms of districts for years, and it’s exciting that the Supreme Court has finally taken a big step to address this issue,” she stresses.The case now heads back to the Commonwealth Court for trial.