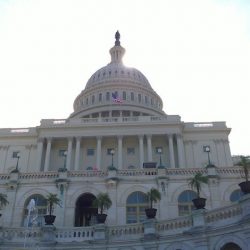 PHILADELPHIA — Labor leaders say the House budget resolution that was passed last week would give huge tax breaks to the rich by cutting programs that help the poor and middle class. The Republican budget would cut almost $6 trillion from Medicare, Medicaid, education, infrastructure and other critical services over the next decade. And it would cut taxes by at least $2.4 trillion. According to Gabriel Morgan, vice president of SEIU 32BJ, in ten years, 80 percent of those tax cuts would go to the top one-percent while many middle-income earners would pay more.”They seem to be focused on doing things that hurt the elderly, that hurt the programs that people need, and are handing out more money to rich people under the premise that it will somehow create jobs,” Morgan said.Republican leaders say the budget, which passed with no Democratic votes, paves the way for their tax reform bill, which they claim will spur economic growth.Meanwhile, Morgan said, Pennsylvania’s state budget battle continues, putting schools and other state services in jeopardy and forcing the state to borrow money to operate.”We have a House leader, Mike Turzai, in a Republican House, that refused to pass a revenue plan to fund a budget they’ve already voted on,” he said, “while sitting on the world’s largest natural gas supply in the only state that doesn’t actually tax it.”Turzai has not allowed a vote on a gas severance tax, saying the tax would drive gas companies out of the state.Morgan said he believes it’s up to the people who will be affected by service cuts and tax reforms to let their representatives in Washington and in Harrisburg know what they want.”If you want to cut taxes, cut taxes for middle class and working class people,” he said. “If you want to see jobs grow, then invest in infrastructure, don’t cut the money to it. If you want to make sure that elderly people are getting the respect and care they need, then don’t cut the Medicaid that helps them get the care they need.”