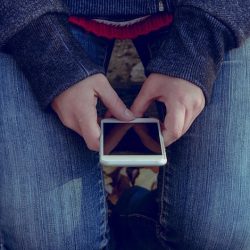 WILKES-BARRE, Pa. –Schools can’t punish students for swearing when they’re off campus – that’s the message of a federal court to a Pennsylvania high school. The student, who is a minor, is only referred to by her initials, B.L. She was dropped from her school’s junior varsity cheerleading squad for using a profanity in a social media post that she sent to her friends on a weekend. An evidentiary hearing was held on October 2 and, three days later, the court issued a preliminary ruling. According to Molly Tack-Hooper, an attorney with the ACLU of Pennsylvania, the opinion of the court was crystal clear.”There is no question that in Pennsylvania, schools just don’t have the power to punish kids because they use the F-word on social media if they do it on their own time,” Tack-Hooper said.School officials had called the social media post “negative,” “disrespectful” and “demeaning.” The court reinstated the student to the cheerleading squad until a final decision is issued.In 2011, two very similar cases made it all the way to the U.S. Court of Appeals for the Third Circuit. Tack-Hooper said that court also ruled that schools can’t discipline students for posts to social media on their own time when the posts don’t cause “substantial material disruption to school activities.””Which is a pretty high standard,” she said. “So our case involving B.L., the cheerleader, really was decided by those earlier Third Circuit cases.”Tack-Hooper pointed out that all of these cases are not simply about posting on social media. They are, at their core, a defense of students’ First Amendment rights.”If the school had the power to punish our client for just blowing off steam, then that would mean that schools really have a lot of power to restrict what students say on their own time, which would be a very scary prospect,” she said.The case may not be over yet. The school could keep fighting through a trial or appeal the decision to a higher court.