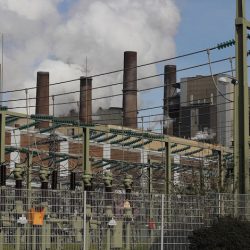 PHILADELPHIA – Environmental and health advocacy groups say the Environmental Protection Agency’s decision to repeal the Clean Power Plan will threaten Americans’ health and worsen the climate. EPA Administrator Scott Pruitt issued a proposed rule on Tuesday that would do away with the regulations aimed at curbing greenhouse gas emissions from U.S. power plants. According to Dr. Elena Rios, president and CEO of the National Hispanic Medical Association, the nation’s youngest residents would feel the impact of a repeal the most.”The children’s data has definitely shown that in those areas that have more carbon pollution from carbon power plants, or from cars’ and trucks’ emissions, you have seen the rise of asthma,” she states.In the previous administration, the EPA had estimated the Clean Power Plan would prevent 90,000 asthma attacks, 300,000 missed school and workdays, and 3,600 premature deaths by 2030.The cost of clean energy sources such as solar and wind has dropped so much that they’re rapidly becoming cheaper than fossil fuels. Joseph Minott, director of the Clean Air Council, points out that’s true even in Pennsylvania, where the coal, oil and natural gas industries have flourished.”We’re seeing substantial job growth in the alternative energy field, where we’re not seeing it quite as much in the old fossil fuels, like coal,” he explains.Minott says it’s ironic that the announced repeal of the Clean Power Plan should come just as rising global temperatures have led to one of the most destructive hurricane seasons on record.Rios points out that the government’s number one responsibility from a public health perspective is to help all people.”That’s why we think President Trump and his administration really should not go backwards in cutting back on environmental health standards,” she stresses.Environmental groups and some state attorneys general say they will challenge the proposed repeal of the Clean Power Plan in the courts.