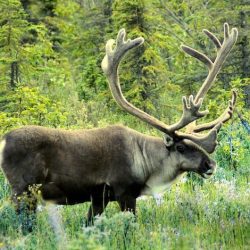 HARRISBURG, Pa. – Conservationists say opening up the Arctic National Wildlife Refuge for oil drilling would be forcing wildlife to pay for tax breaks for the rich. The refuge, known as ANWR, is home to polar bears, caribou, migratory birds and many other animals. It may also contain billions of barrels of oil that have been off-limits to drillers since 1980. In an attempt to offset the estimated $1.5 trillion of tax cuts being considered by the U.S. Senate, a provision has been added to allow selling leases for drilling in part of the refuge. It’s a move David Imgrund, an outreach consultant for the National Wildlife Federation, says would put some of the nation’s most important wildlife habitat at risk.”I don’t think this is a good bargain for the wildlife,” he states. “I don’t think this is a good bargain for the American people. “I feel this is a shortsighted, short-term fix for a problem that can be fixed in so many other ways. “Imgrund says among the species at risk are migratory birds that spend part of their year in Pennsylvania. Supporters of drilling say technological advances make it possible to drill safely with minimal environmental impact.But Imgrund points to the recent leak of more than 200,000 gallons of oil from the hotly contested Keystone XL pipeline as an example of risks he says are inevitable.”There is no way to make sure that something doesn’t happen,” he states. “They will happen. And it’s devastating anywhere it happens, but it would be extremely devastating in such a fragile arctic ecosystem.”Opponents of the drilling also argue that the oil simply isn’t needed. The U.S. is on track to be a net exporter of energy by 2026, and Imgrund notes that renewables such as wind and solar are rapidly replacing fossil fuels.”In 10 years, when we’ve actually reduced our appetite for oil and carbon even more, people will look back and say, ‘Why did we do this?'” he states.Senate Majority Leader Mitch McConnell wants to bring the tax reform bill to the Senate floor shortly after senators return from the Thanksgiving holiday.