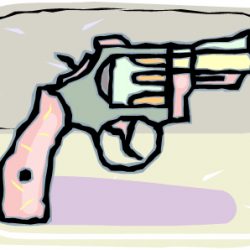 An extremely popular topic in today’s media is the laws pertaining to gun control. College students, being our future leaders, have some strong opinions about gun control. As we all know Americans have the right to the second amendment, which allows us to bear arms, although citizens can lose that right after becoming a convicted felon. But why do these crimes involving firearms still occur? What do the students of Alvernia University have to say about this topic?

After asking the students a few questions about their opinions it is safe to say that most students do not believe that firearms should just be outlawed. Many students believe it is the people in the world today who are making the decisions to misuse firearms. Mike Tepedino, a criminal justice major at Alvernia University says, “blaming guns for killing people has the same amount of logic behind it as me saying my pencil causes all of my mistakes when I am writing.” This was a simple yet direct response that is logical. Tepedino went on to describe, “no matter what our country does with guns, the reality is people will find a way to obtain them.” I have to agree with this statement. Just as drugs are illegal to produce, sell, obtain, or use in the United States it is still happening all across our nation.

I went on to ask Preston Greener, a Biochemistry major at Alvernia University, what he thinks would happen if there was an all out confiscation of firearms in the united states? Greener stated, “I believe it would be all out anarchy, most likely leading towards civil war. The resistance from American people would create more violence than we already have today.” I have to agree with Greener, I believe this would only hurt America. People rely on firearms, not as a weapon but a tradition and a sense of security in case something drastic does occur. One cannot blame these people for that, nor can our government. Our government would not be here today without firearms, we use them as protection everyday by keeping our law enforcement officers and military personnel safe. In fact, our government succeeded from the British government to create the free country we have today. It would be extremely hypocritical on the government’s part to confiscate all firearms.

I asked Jordan Perry, an Accounting major at Alvernia University what her thoughts were on firearms. She responded with, “They have their time and place. A college campus is no place for them, but at a firing range or while out hunting where people can safely enjoy them is completely acceptable.” I agree with Perry, she makes it clear that there are places where they should not be, such as a college campus, which is completely acceptable as a gun-owner myself.

The fact of the matter is you cannot blame the firearms for the tragedies happening in today’s world. College students, our future leaders seem to agree that it is silly to blame the guns and look away from the fact that it is the people in today’s world creating all of these mass shootings. There is nothing more the government can do regarding the purchasing of firearms, as long as you can pass all background checks I do not see why someone would be denied the right to purchase a firearm. The bigger picture we as America need to look at is the mental health of people creating these crimes, and how to stop it directly at this source.