Organic Nutrition and You 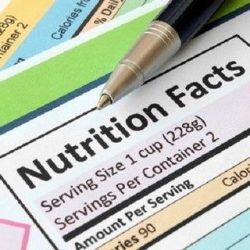 On the other hand, there are those people who don’t eat organic foods. A student-athlete at Alvernia University, Kiersten Ingram, reported she does not eat organic food. I had asked, would you be opposed to trying an organic diet and she answered, ” I never really thought of the idea but since I am an athlete, I would not be opposed to it knowing that I would be putting better foods into my body”. Even though not all people are eating organic foods or not familiar with them, they are willing to explore the idea and try it out.

Even though buying organic food is expensive, it does not stop people from buying it. Many people believe that it is truly better for you and will continue their diet organically. There are also others who do not eat organically but are not opposed to the idea of it. Many studies have been done proving that eating organically is better for you by getting your body the nutrients you need, maintaining a healthy weight, and giving you an overall better feeling body. With the growth of people transitioning from conventional foods to organic foods, people are starting to be happier and live a healthier life.