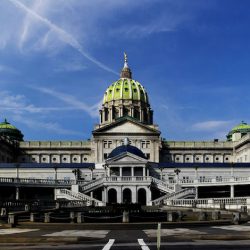 HARRISBURG, Pa. – A nonpartisan research group has released a new plan to make education at the Commonwealth’s public community colleges and universities more affordable. The plan, called “The Pennsylvania Promise,” was unveiled in the Capitol Rotunda on Tuesday. Mark Price, a labor economist at the Keystone Research Center, says students first would fill out a federal financial aid form to secure Pell grants or assistance through existing state aid for higher education.”The proposal we’re putting forward would cover the remaining items,” he states. “So it would effectively eliminate tuition at community colleges in Pennsylvania, and eliminate tuition for students in the state system of higher education.”The plan would apply to recent high school graduates with family incomes of $110,000 a year or less.According to Price, the cost to the state would be about $1 billion per year, and the plan includes a menu of options for raising that revenue.”They include things like a severance tax on Marcellus shale extraction,” he explains. “We also propose raising corporate taxes as well as imposing higher taxes on income from wealth.”Price points out that right now, Pennsylvania ranks 47th out of the 50 states for the amount of state money per capita it invests in higher education.Price says the economic health of the state depends on making solid investments in higher education because having an educated workforce is key to keeping a community competitive.”Those are the communities that will own the future, and those are the communities that are going to attract the best employers, those are the communities that are going to enjoy the highest degree of income growth over time,” he states.Right now, fewer than half of the adults in 35 Pennsylvania counties have more than a high school diploma.