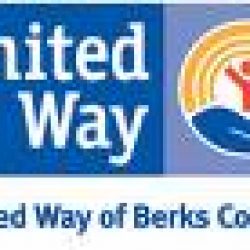 United Way of Berks County recently received recognition for organizational successes at the national level. The organization has been identified as a leader in United Way Worldwide’s Campaign Performance index for its continued campaign success.

Over 550 individuals from more than 150 United Ways across the nation attended the conference held in Houston, TX. Mike Duff, Senior Vice President Government Relations and Chief Compliance Officer at Penske Truck Leasing Co. and former United Way board chair, attended and presented at the conference with the local United Way staff members.

“The United Way Worldwide conference provided a variety of learning opportunities, and I was pleased to see our local United Way receive recognition for its achievements and have the opportunity to share best practices with colleagues from other United Ways. As a United Way volunteer leader, I am proud of the organization, its staff, our partners, and of course, our donors. Successful campaigns allow us to make greater investments in local community programs and help more people live stronger lives,” said Duff.

United Way of Berks County raised more than $10.5 million in 2017 to invest in over 50 programs, initiatives and grants.

United Way was also acknowledged for its expertise on the operational side. Andar, a software provider utilized within the nonprofit sector, recently appointed Marcie Murray, Finance Associate and Database Administrator at United Way, to serve on its Andar Client Advisory Board (CAB). CAB members possess strong experience and skills with the software’s capabilities and serve as an advisory group and act as liaison between their organization’s leadership team and Andar Software to align the product visions with their organization and the industry as a whole. United Way of Berks County is one of 15 organizations chosen to be represented on the board.