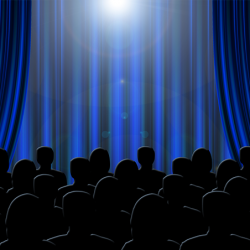 The Penn State Berks Theatre Department will present Biloxi Blues, the second play in a trilogy written by Neil Simon, at 8 p.m. Wednesday, April 11–Saturday, April 14, 2018, in the Perkins Student Center Auditorium. Tickets are $5 for veterans and Penn State students, staff, and faculty; $10 for general admission, and free for area high school students.

Described as a semi-autobiographical play, Biloxi Blues is told through the perspective of 18-year-old Eugene Morris Jerome from Brooklyn, who is drafted into the United States Army during World War II and is stationed in Biloxi, Mississippi. There he meets a diverse group of soldiers, including the gentle and intelligent Arnold Epstein, the play’s central figure, who is engaged in a power struggle with middle-aged, hard-drinking platoon leader Sergeant Merwin J. Toomey.

Biloxi Blues is the second chapter in what is known as his Eugene trilogy, following Brighton Beach Memoirs and preceding Broadway Bound. The play won the Tony Award for Best Play.