Blueprint for the Blue Wave 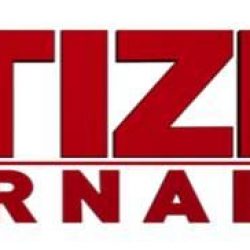 It’s no secret that the Democratic Party has been grappling with a message problem. A larger issue, but in a related vein, is their failure to capitalize on the grassroots movement happening now in congressional races throughout the country.

It is not a question of a unified platform on issues.  The issue stances will vary in districts all over the country.  The messaging for the Democratic Party should be about ordinary people with a record of public service rising up to make a difference as part of a historic movement.  There is room for innovative messaging that can include Congressman Conor Lamb, a more traditional, conservative Democrat, who already won his special election in March in Pennsylvania, and Alexandria Ocasio-Cortez, a professed Socialist Democrat who just won her primary in New York.

MJ Hegar, Amy McGrath and Randy Bryce’s are all Democratic congressional candidates with incredible stories and brilliant campaign ads to showcase them. Randy Bryce, a political newcomer who jumped into the national spotlight with his innovative campaign ad, certainly played a major factor in forcing Speaker of the House Paul Ryan to step out of that race.

Historically strong unfavorable numbers for Trump among Democrats and Trump’s over-commitment to the far right, have set the table for a blue wave. Trump has, though, brilliantly been campaigning in battleground states and has been active in congressional campaigns at historic proportions. So he is the face of the party. That is what voters are pulling the lever for on the Republican side in the midterms.

On the Democratic side, these exciting grassroots candidates should be promoted and bundled as your ticket and let voters know this what they are choosing when they vote (D) in November. Many voters will not even have an abundance of candidate knowledge relative to their own district in the election. Voters will pull the lever for the message. And these candidates should be the message.

The issue with how to deal with the Bernie Sanders’ movement, which has never been addressed by the party, is staring them in the face again. These grassroots candidates must be the face of the Democratic Party for the midterms, and candidates down the line need to be tied to them. It could simply be a very cost-effective branding decision, not necessarily for control of the party, but has the potential to be as historic as the Bernie Sanders’ movement if executed properly.

In what is shaping up to be one of the most high stakes primaries in recent times, the path is clear for a large blue wave. Will the Democratic Party take it? If not, the individual Democratic congressional campaigns would be foolish not to jump on that train.